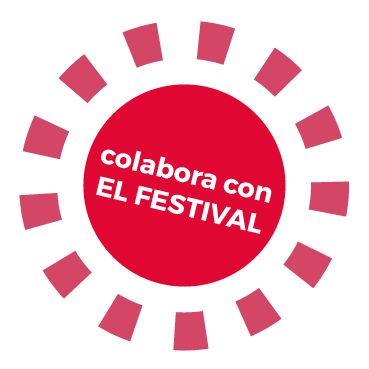 A contest dedicated to transcendental cinema, at its several meanings, including philosophic, psychological, scientific, anthropological, spiritual and poetic cinema.

Because transcendence in the man and the world, might be eventually ineffable and, on this, cinematographic art has certain advantages, and a huge responsibility.

Cinemística as an open space-time, with non restrictive features, enabling the authors to develop their own language: all formats, duration, nationality, year of production, etc. are accepted.

An international refuge for films that intend, technically or with the plot, an approaching to the big mystery of world representation, in the art and in the man. Without dogmas, under any individual or collective perspective, from faith, but also from agnosticism, spiritual atheism and scientific thought.

A POETIC CINEMA OF CONTEMPLATION

Filmmakers' looks, in all their socio-cultural diversity, interested in any film as a result of personal discovering, researching or experimentation, inspiration and work, from revelation or introspection of the authors. Quotidian, ecstasy and disparity as structures to create depth on the film treatment.

Mysticism and asceticism in film production represent, probably, a more absolute estate compare to others, because a cinema with huge budget and more technical complexity could be done, but sometimes the most humble and simple film is, however, universal.

Impermanent cinematographies, from the still, from 'amateur' cinema (from French verb aimer), define directors not only by what they show and how they do it on screen, but by what they decide not to show.

What appears and disappears, topologies emergence, materials or conscious, and their invisibility or subsequent expiration. The sequential surroundings of emptiness, of matters and time. Shafts at the discourse, eloquent, everyone can understand it by himself. Absence and miracle: Mystic as a possible cohabit together.

From 2014 the headquarter of Cinemistica Film Festival is the historical building of La Corrala de Santiago of the University of Granada, where take place most of the screenings and colloques of the festival. 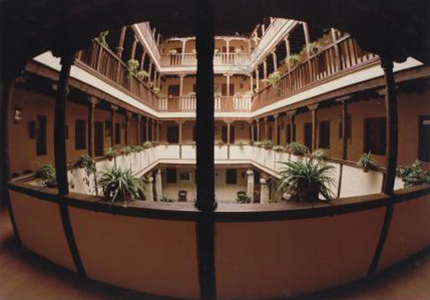 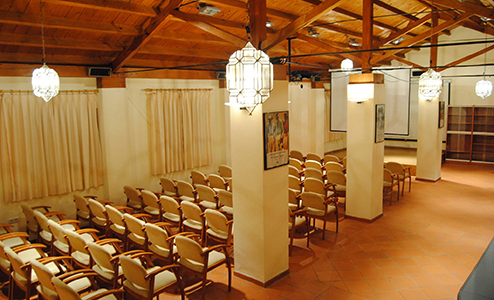 Other members and friends from Guadalcine Association collaborate with communication and promotion.

Manuel Polls Pelaz, who called himself "cinehasta" (in the impermanence way: a cinema pilgrimage), owner of the film producer 2Angeles Films, is the responsible of the endow and management of the contest Cinemística. Manuel also endowed and directed in Barcelona (1993-1996) the contest L'Alternativa, and presided the Foundation La Jungla, which organize the European Cinema Market of Barcelona (1997-1999), and he also has directed al at the same time the contest NET (New European Talents), even the famous summer contest Grec in Barcelona.

Settled in Granada from 2002, he has been directing from then to now the Guadalcine Associated, and he also directs the touring cine-club "La Cueva del Ojo", which regularly programs cinema sessions in differents Faculties of the University of Granada, Cádiz, Seville, Córdoba and Malaga.

From 2013 summer, Manuel Polls also takes up the management of Arte7 Cinemateca from Granada, institution in charge of organizing the contest Cinemística.

Since 2017 he directs the Film Laboratory of the Technical School of Architecture of the University of Granada.

You can find us at Arte7Cinemateca, Plaza Campo del Príncipe 1, bajo-izq., 18009 Granada (Spain).

The eighth edition of Festival Cinemística will take place in Granada (Spain) next November 2022. As every year, the programme will include a special thematic and competitive section, which on this occasion will have the generic title The Refuge.

Indeed, since its beginnings, Festival Cinemística has had the vocation of constituting a cinematographic refuge for those films and authors who would like to find in our event a humble, but convinced and kind, refuge along the way.

A hospitable stop for the artistic and personal itinerary of the protagonists of The Other Cinema.

There are places-refuge, people-refuge, books-refuge, moments and situations-refuge, thoughts-refuge, images-refuge, sounds and music-refuge, and a multitude of different kinds of refuges, which offer the human being a necessary refreshment and rest, advisable to be able to continue the vital pilgrimage.

Of course there are also Refuge-films...

In these chaotic times in the world we live in, physical and psychological shelter must be sought. Individual refuge, but also, if possible, shared refuge.

A libertarian refuge, courageous, of comradeship, in the front line of action against ignorance, confronting the cowardice of submission to the .

A joyful refuge, an inner and outer oasis, alien to the dominant political and socio-economic proposals (including health and military ones). A refuge that creates its own references, protecting us from the dystopia of a controlled society governed by the technocracy of macro-data.

In this general framework of unofficial and insubmissive art, and in particular in that of the refuge-films, filmmakers have a responsibility and a right, especially lawful and necessary, to exercise with exigency.

In 2022 Cinemística will therefore deal with art cinema as a refuge, in its many facets. With praise for stylistic, investigative, experimental, thematic difference and anomalous, minority narrative attitudes. With openness, affection and attention to the apparently "small".

Also, of course, with great respect for the Spectators-refuge, guardians of the necessary free critical discourse, in the face of the malicious inertias of the new communication technologies, their covert directives and their acolyte cultural managers.

So that in 2022 the 4 competitive sections will be:

As you know, Festival Cinemistica does not have subsidies, and is financed by small contributions from the sponsor and collaborating entities. If you wish, you can make your voluntary collaboration effective, making a deposit in the Guadalcine Association's bank account of the Caja de Arquitectos de Granada (after the San Agustín market), by any means you wish (transfer, hand deposit). Please always indicate your name and surname, which will be published on the festival's website and blog.

Five categories of participation have been established:

Participation is open to all film producers and directors of any nationality or origin. Each author can present the number of films that they want, except for films which have previously been submitted to this contest.

All genres are allowed (fiction, animation, documentary, experimental), production year, duration (shorts and features films), and format. The pieces will be presented either on DVD or Vimeo link etc.

The formats of the films to the projection can be:

The participant films must be in original version with Spanish subtitles. They could be admitted with English or French subtitles, by justified reasons.

The authors will be the responsible of doing the pays of the copyright of their films.

To participate in this contest, the following conditions must be respected, and the participants will behave in accordance with:

- Each participant must complete and send before the dead-line the registration questionnaire which will be found further on this same web: www.cinemistica.com

The Festival will recognize the signer of the registration questionnaire as the only interlocutor to negotiate all the aspects related to the film and as the only responsible rather than other companies or people who have been involved on the film production.

- Audiovisual format for the preselection.

In case that you have not indicated in the entry form a link & password for downloading your film, a copy will be sent by postal mail or courier service, in DVD or BluRay format, to the next address:

Transport costs will be paid by the entity which register the film.

Express agreement is made to the contrary, the Festival will not return any DVD received. In case of refund, the shipping costs will be paid by the person who request it.

The sender will communicate immediately to the Festival the delivery information.

In case of being selected, the management will contact the author asking for the material necessary for the projection and promotion of the film.

Selected films will be exhibited at the time and places showed on the programme and on the official website www.cinemistica.com. The films received will be kept on Arte7Cinemateca catalogue and may be free used (without copyrights etc.) for their cultural activities as well as in screenings in the Asociación Guadalcine/Arte7 activities in universities, cinema clubs and cultural centers.

Participation implies the full acceptance of these rules.

Payment method: Only by PayPal
When the payment is made (each film submitted should be paid independently), you will receive from Pay Pal an ID number of registration, which you have to introduce in the first field of the Registration Questionnaire.

The first and highest award of the contest has a strong symbology: “THE MAGNIFIER AND THE MAGNET”. It’s about two elements connected very close with the person of the famous granadian cinemist José Val del Omar (1904-1982), who thought about the magnifier as occidental culture symbol (the obvious, the rational) against the magnet, element of the oriental culture (the magnetism, the invisible). For Val del Omar, Granada will be the meeting point between East and West. 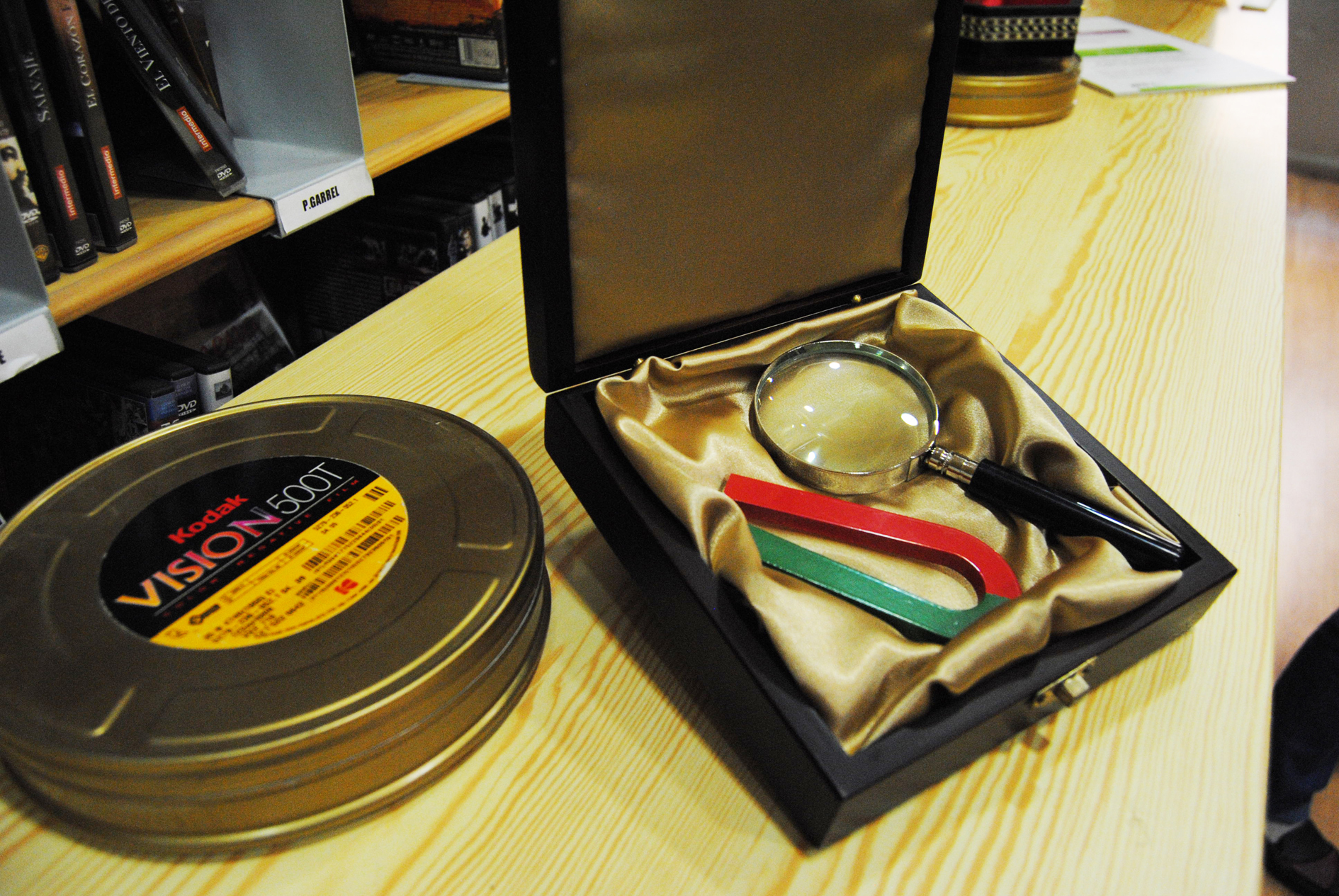 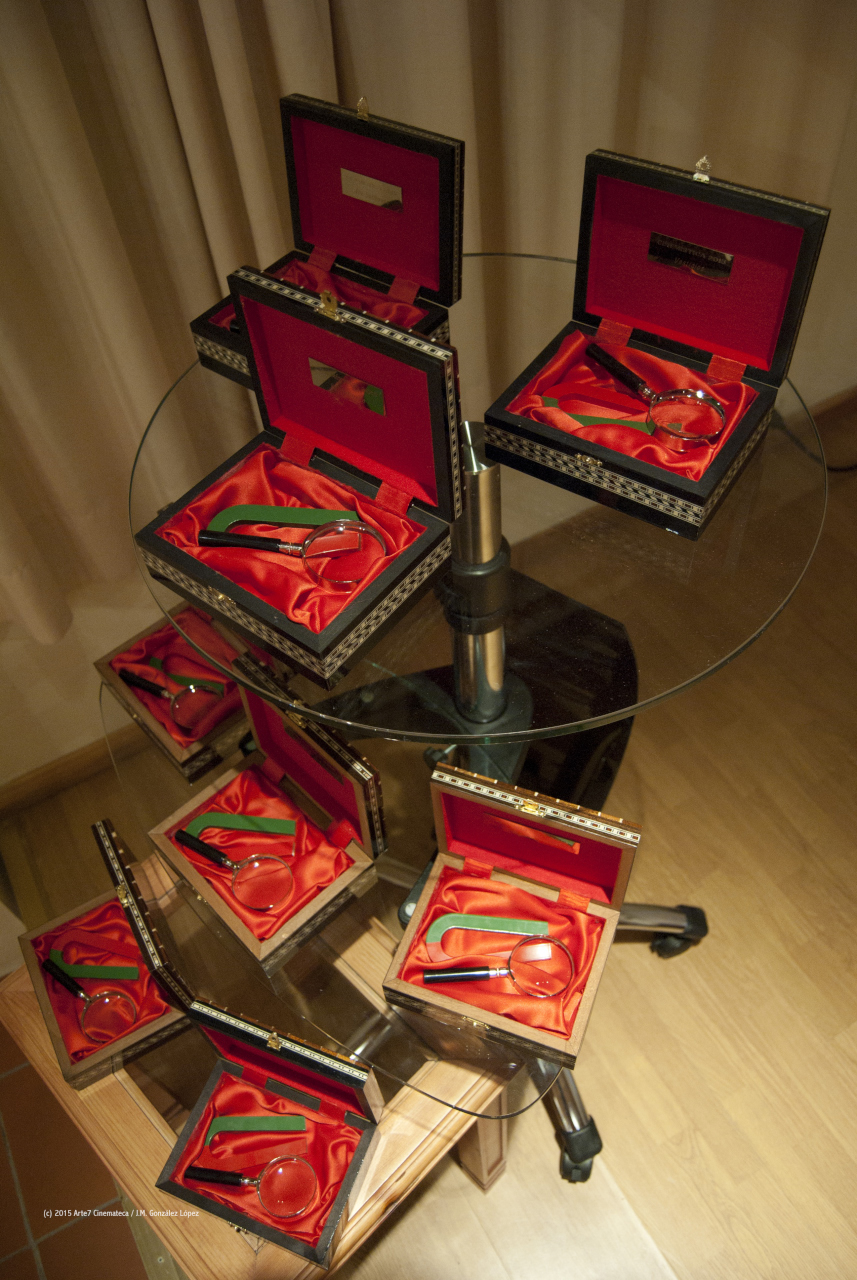 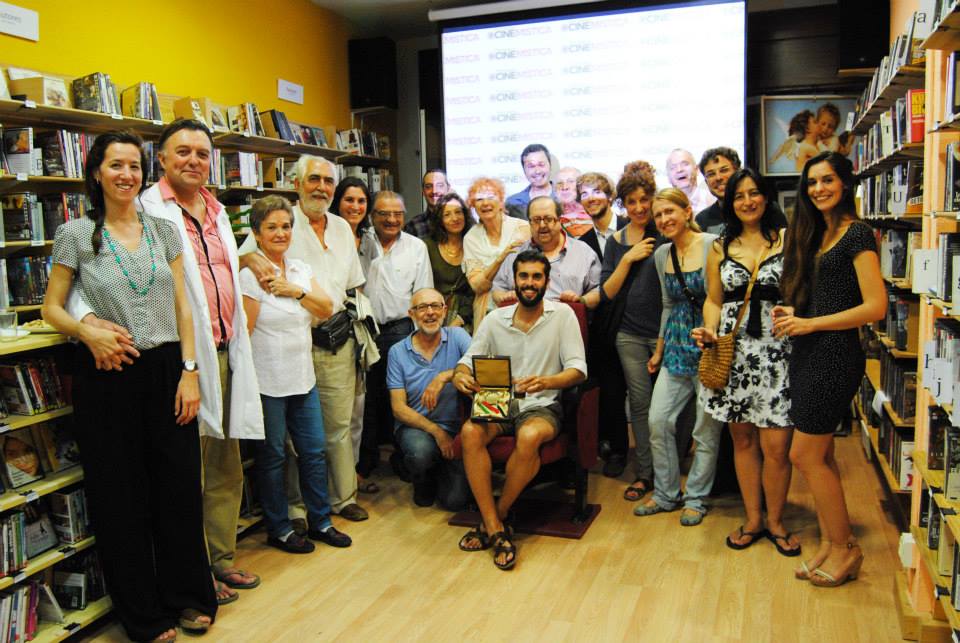